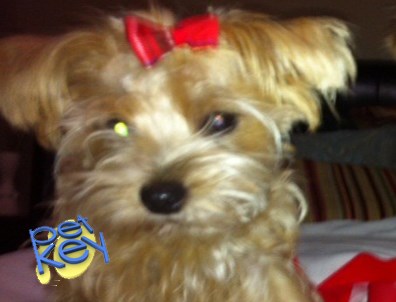 The Norfolk Terrier, game and hardy, with expressive dropped ears, is one of the smallest of the working terriers. It is active and compact, free-moving, with good substance and bone. With its natural, weather-resistant coat and short legs, it is a "perfect demon" in the field. This versatile, agreeable breed can go to ground, bolt a fox and tackle or dispatch other small vermin, working alone or with a pack.

All shades of red, wheaten, black and tan, or grizzle. May have dark points.

The Norfolk Terrier originated in England, specifically Norfolk. They first appeared at the turn of the 20th century. NorfolkÆs were originally called Jones Terriers once they reached the United States. They are considered to be a rare breed in the States, though are quite popular in England.