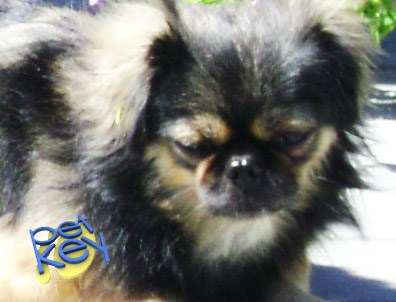 Should be small, active and alert. The outline should give a well balanced appearance, slightly longer in body than the height at withers.

All colors, and mixtures of colors allowed.

"Tibbies", as they are often called, make excellent housepets for many people, including families with small children. They are happy and assertive, highly intelligent, aloof with strangers.

The Tibetan Spaniel is an ancient breed that originated in the Himalayan mountains in Tibet. They have been known for over 2,000 years, and bred by Buddhist Monks and Lamas. Tibetans were never sold, and only a select few left the monasteries as special gifts to esteemed friends. The breed reached England in the 1920s, and the United States in 1965.