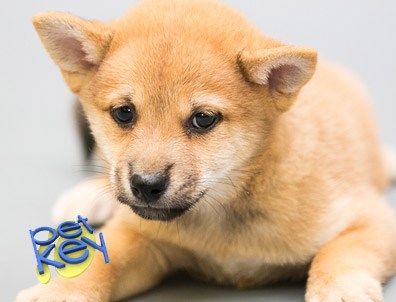 The Shiba is the smallest of the Japanese native breeds of dog and was originally developed for hunting by sight and scent in the dense undergrowth of Japan's mountainous areas. Alert and agile with keen senses, he is also an excellent watchdog and companion. His frame is compact with well-developed muscles. Males and females are distinctly different in appearance: males are masculine without coarseness, females are feminine without weakness of structure.

Undercoat is crFme, buff or grey. Can be Sesame, black with tan points.

A spirited boldness, a good nature, and an unaffected forthrightness, which together yield dignity and natural beauty. The Shiba has an independent nature and can be reserved toward strangers but is loyal and affectionate to those who earn his respect. At times aggressive toward other dogs, the Shiba is always under the control of his handler. Any aggression toward handler or judge or any overt shyness must be severely penalized.

The Shiba Inu was nearly extinct during World War II times. Breeding programs that were established after the war used ShibaÆs from the countryside. The Shiba is the most popular breed in Japan, with gaining popularity in the United States as a companion dog.